The CloudTest solution from Akamai provides extensive options for testing websites and cloud applications under real conditions for their behaviour when under peak traffic. One of the most interesting features is real-time performance analysis – the analysis engine captures performance metrics from every component of the application infrastructure during testing, allowing you to isolate bottlenecks in code, networks, servers and databases. Test scenarios are flexibly configurable and cover every conceivable situation, meaning that you can test hundreds of users with a slow start-up time, for example, or millions of users logging in from multiple global locations.

The solution can be used like “Software as a Service” or by way of subscription; in addition, specially adapted test setups are available for various industries. One example is “CloudTest for media companies”, which is aimed at OTT providers or operators of gaming platforms – see more detailed information here.

Based on an extensive test scenario, the Akamai Performance Engineering Team is currently providing details on the content of a user-defined load test report, which is available as a free free download here here. The test was designed to measure system performance and scalability, while monitoring response time metrics as user concurrency increases over time. This includes:

The report was created based on 9 different test scenarios, taking into account commercial load peaks as well as peak base loads or a rapid increase in concurrent user access: 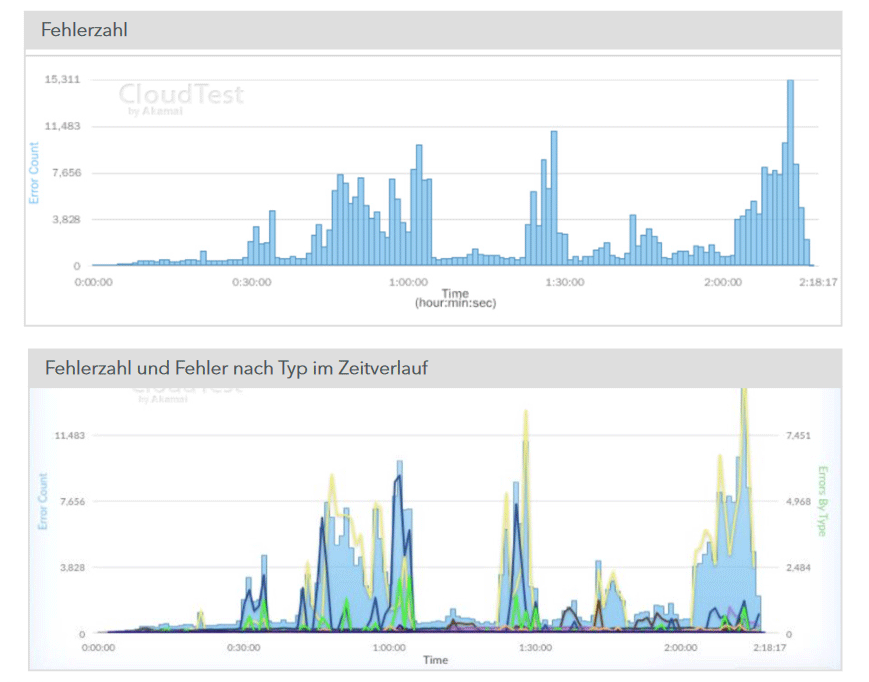