United We Stream: live streaming as a model for success 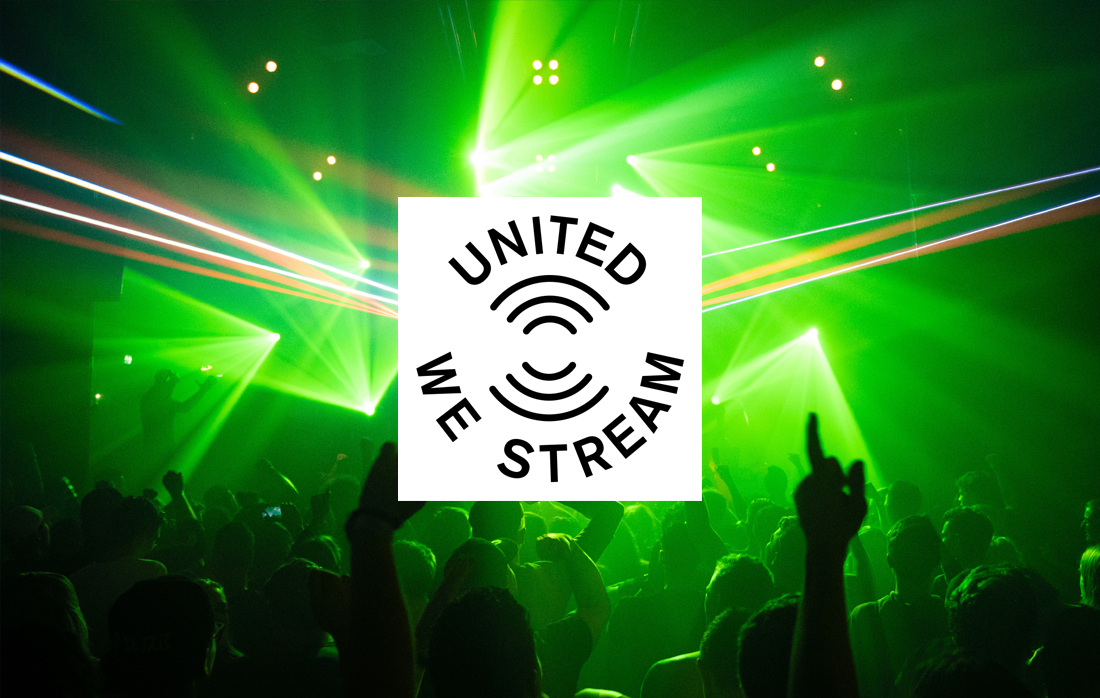 "United We Stream" is the answer to Covid-19 and the worldwide shutdown of club culture. The successful fundraising campaign for Berlin clubs grew into a global cultural platform and community-driven content streaming initiative.

The platform is an alliance of over 100 activists from club culture, most of whom work voluntarily to preserve a diverse club landscape. UnitedWeStream is an initiative of the Berlin Club Commission and many other actors from the club scene. ARTE TV, among others, was won as a media and streaming partner – the live streams from well-known Berlin clubs such as Watergate, Tresor or Kater Blau are made available via ARTE Concert.

The project was a success from the beginning – Lutz Leichsenring, board member of the Clubcommission: "Our collective stream views topped more than 35 million, and together, we raised more than 1.4 million in total worldwide in funds that will benefit those impacted by the extended nightclub shutdown. Thanks to technology from AWS, we had the flexibility and scalability to bring viewers around the world a high-quality stream regardless of the location where we were shooting."