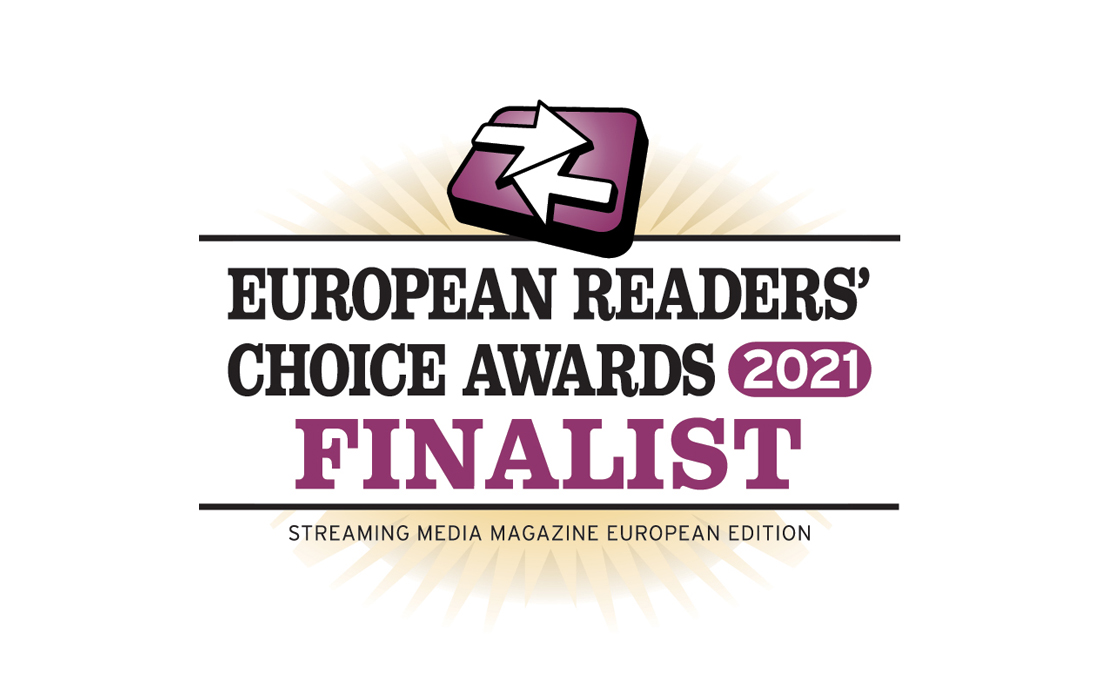 The European Readers' Choice Award is considered one of the most important awards in the OTT industry and is presented annually as an audience award by the trade magazine Streaming Media Europe. Nominees and winners are selected by people who know and appreciate the mentioned services and technologies from daily use. This year's voting ran until 20 August; now the magazine has announced the shortlist:

We are very pleased to be one of the top three vote-getters in the category "Encoding/Transcoding Solution"!

Time to keep your fingers crossed once again. The winners of the 2021 European Readers' Choice Awards will be revealed in the Autumn issue of the European edition of Streaming Media magazine and on the Streaming Media Global website:

"Streaming Media takes the pulse of the online video industry every year in a variety of ways, such as through market research reports and expert conferences. But our Readers' Choice Awards provide us with the most valuable insights into which products and services have resonated with the people who matter - the technologists and engineers," reports Eric Schumacher-Rasmussen, editor-in-chief and vice president at Streaming Media. "If you want to know who's ahead in technologies, there's no better indicator than these awards."